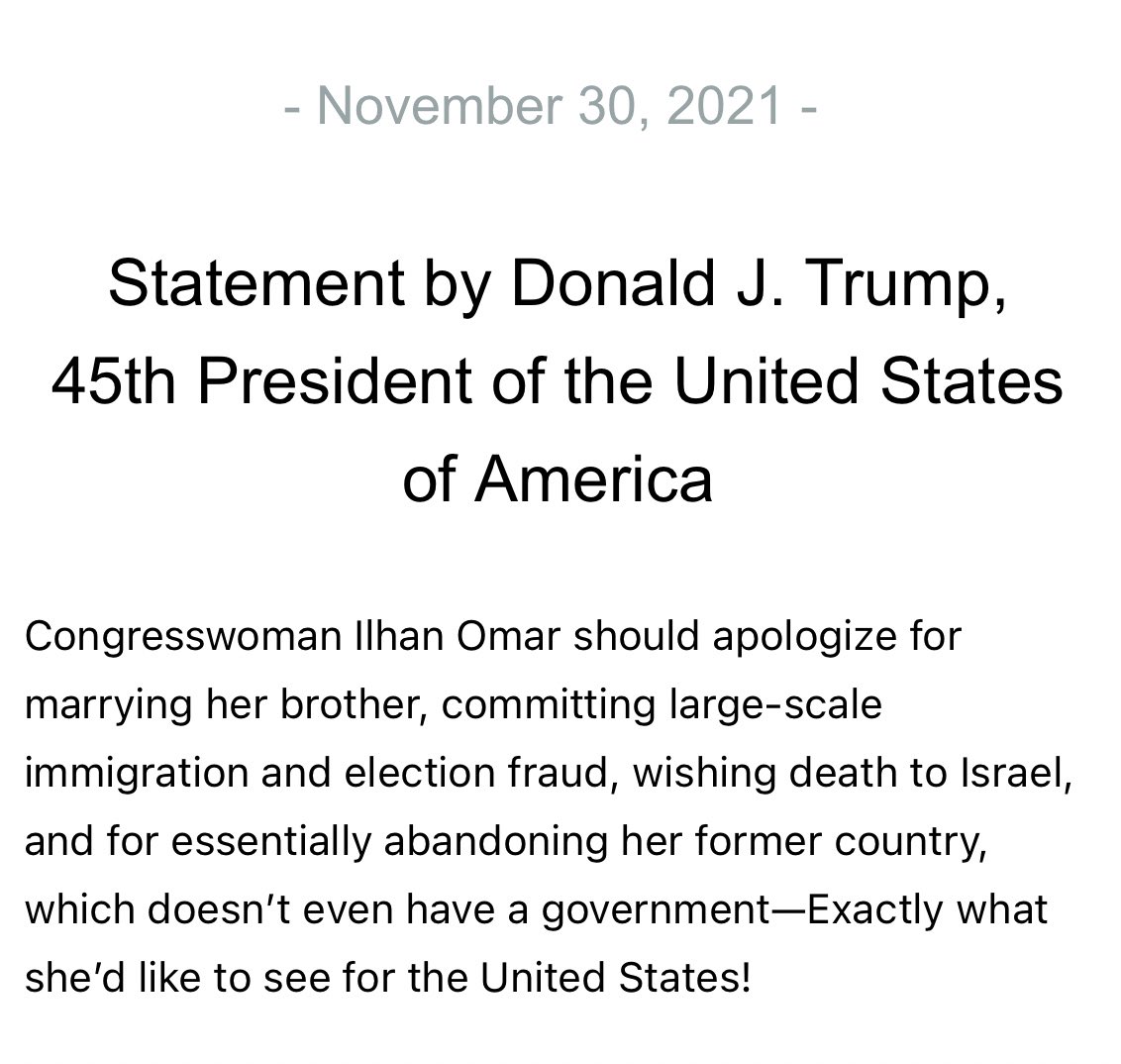 It’s really interesting, everybody wants me on television, I get the highest ratings by far, they need ratings to survive, and yet I put out a challenge to debate me about the massive election fraud, which took place in the 2020 Presidential Election, and there are no takers—think of it, zero takers for the so-called “ratings machine.” The reason is, they know they can’t win. All I have to do is lay out the facts—they are irrefutable. I’ve supposedly won all my political debates, but this would be the easiest of them all! Swing state by swing state, they get decimated. This is the Hoax and the Scam and the Crime of the Century. Just remember, no takers!

If Democrats don’t immediately stop smash-and-grab robberies, which are taking place in their cities, the National Guard must be called out. There has never been such a thing that has happened in our Country. Large numbers of stores are leaving San Francisco and other cities. Some chains are closing most of their stores, it is all not even believable.

Read the poll by McLaughlin & Associates and John Jordan here.    (We’ll post it on top as well)

Interesting to watch the Unselect Committee go after the gentleman at the Department of Justice who thought the Election was RIGGED, but not go after the people who did the RIGGING. Just look at the numbers that the Fake News does everything possible NOT to report. They are overwhelming! The Unselect Committee itself is Rigged, stacked with Never Trumpers, Republican enemies, and two disgraced RINOs, Cheney and Kinzinger, who couldn’t get elected “dog catcher” in their districts. Kinzinger has already quit!

After millions of totally unvetted people already in, a little bit late—don’t you think?

Highly respected Congressman Billy Long of the Great State of Missouri is 100% correct!

Read the full article by Rep. Billy Long for the Washington Examiner here.

BIDEN ADVISOR BRIAN DEESE: “This is about the future of the Liberal World Order and we have to stand firm.”

Knife guy tried to take on Austin PD. Takes a ton of shots before he goes down.

Dr. Simone Gold Shares Her Unjust Sentence for Being Present on Jan. 6

Cops Get Physical After Suspect Threatens Them – 3 min clip

Now this is a Dad hack we can all appreciate. Fast clip 9 secs

Biden is just losing it now in public. Fast clip

These are what we call LUCKY PEOPLE. They all almost met their deaths – fast clip of clips

Ben Harnwell: The Covid Pandemic Was “Planned and Managed”

Episode 1,968 – Trump Heads To Alaska; Biden Claims That SCOTUS Has Been Destabilized

Royce White: We Have Traded Our Freedom For Security And Materialism

Todd Bensman: What Comes Next Since We Lost Remain In Mexico

Russ Vought: We’re In A Recession And We’re Looking At Another Tough Quarter

Dr. Robert Malone: Armed Forces Are Removing Soldiers For Not Taking The Vaccine

Kelly Tshibaka: A Nation Needs Hope And Vision For The Future

How disgusting is this? Chelsea Handler brags about how many babies she killed in abortions

Dog entertains himself on stairs. You have to love dogs…

Rep. Flores: Democrats are the ones playing politics with our border and immigrants

Biden Asked Point Blank: ‘Are You The Best Messenger’ On Roe V. Wade?

Trump said what we are all thinking about ‘President’ Joe Biden… fast 4:35 min clip