Biden is doing this to America by design. The man is a liar and con artist in many ways

Oh, So Is THIS What They’re Up To?

The Left will never stop. Fake news on top of fake news. They did it with Hydroxy and almost every other topic when it comes to Coronavirus. We took a screenshot of Rolling Stone’s tweet which is 100% fake and made up (Plus the dopes used a photo with people with coats on, an easy tell for not being current. 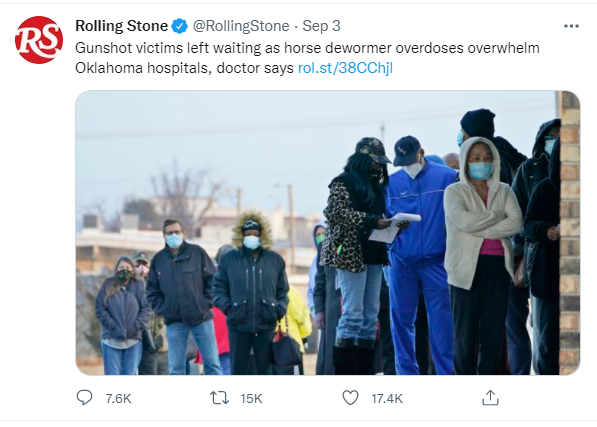 Which will probably be deleted soon along with their fake news article.

Teacher explains how she brings politics and CRT into the classroom...another one to fire...

Biden is doing this to America by design. The man is a liar and con artist in many ways

Oh, So Is THIS What They’re Up To?

I think he crapped his pants – His job was to tell others if a Lion was nearby….lol

Holy Crap – it was right in our faces – The technique of tying shoelaces in 1.5 seconds…

Ever see a bird go fishing, with bait? Fast clip…

Abortion survivor: This will save more lives than we can imagine

Episode 1,958 – Victory Lap For Pro Life The Day After A Monumental SCOTUS Ruling

Episode 1,957 – Lies Are Being Spread And Tshibaka Fights Back

Religion: Mary Magdalene – Do You See What I See?

‘We The People Are The Sovereign’: Mike Davis Explains The Deep History Of ‘The American System’

Liz Yore: ‘Meritless’ Garland Has ‘Lit A Match’ Under The Revolution By ‘Undermining Supreme Court’

Harnwell: “The magical ‘inevitability’ aura of the progressives is definitively broken”

Mike Davis: The Left Only Cares About Power, Big Tech Must Be Broken Up

This is Biden’s message to the fossil fuel industry: Die!

How romantic – for frogs. Never saw the like. They look like a human couple cuddling on the water… fast clip

A Drone tour of Rome, Italy in 4 minutes.

Happy Birthday Clarence Thomas. This man is a national treasure.

Admiral Levine – what the hell is this? Does this scare our enemies or have them in tears and on the floor laughing?

Twitter Today…lol Musk is shaking the Marxists up big time.